THE “BRAIN” OF EUCLID BEING INTEGRATED ON THE SATELLITE 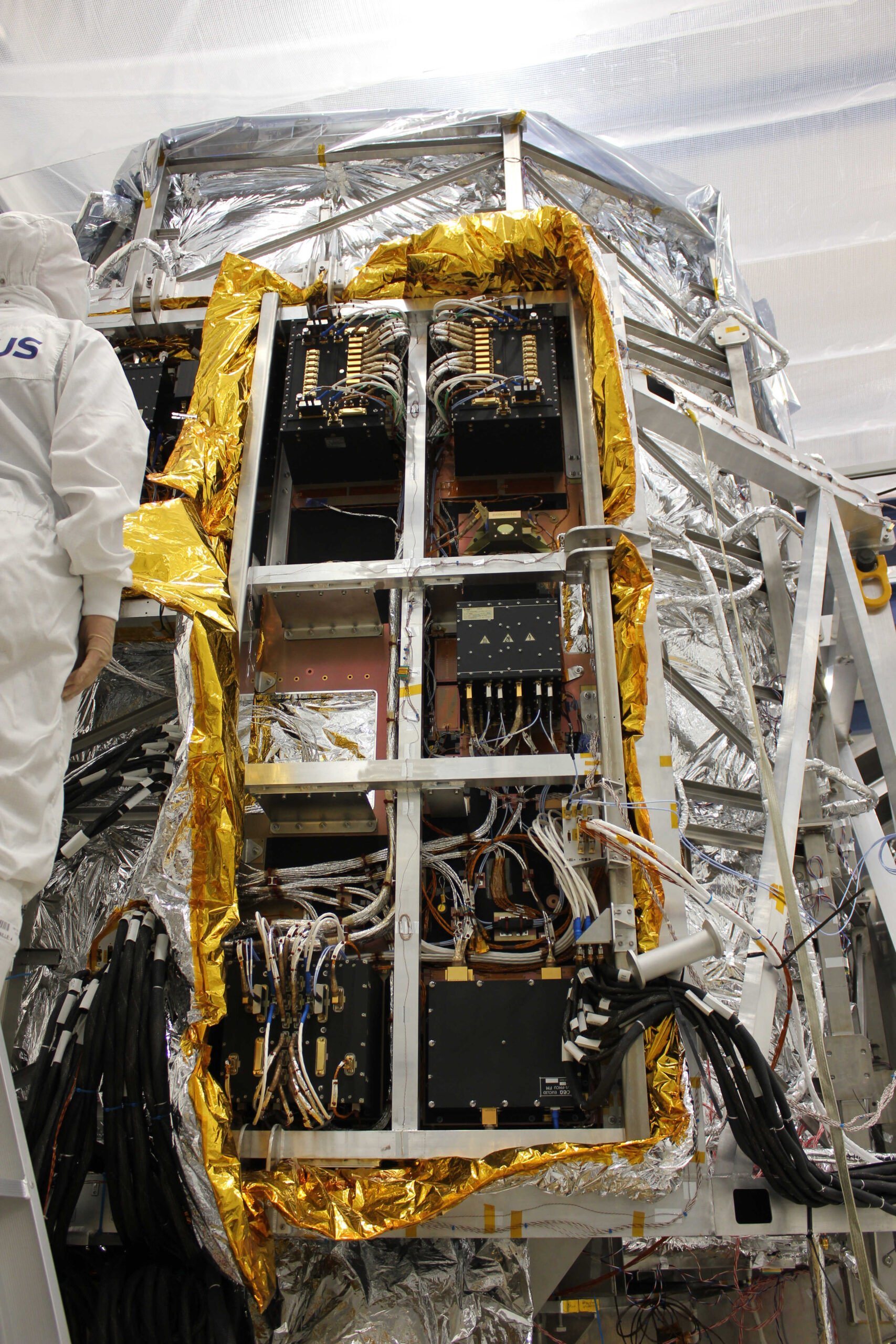 What’s EUCLID?
EUCLID is an ESA medium class astronomy and astrophysics mission designed to understand the expansion rate of the universe and the modification of shape of two billion galaxies outside the Milky Way. Most physicists agree that such changes in shape can only be explained by understanding the mysterious and unknown DARK MATTER and DARK ENERGY, which represent around 95% of the Universe today.

What’s special?
EUCLID will give an answer to the fundamental questions of modern cosmology: how was the Universe created and why is it expanding, rather than slowing down as it should, due to the effect of gravitational forces.

What is the contribution of OHB Italia?
The EUCLID Satellite (2.160 kg for an overall cost of 500 Mio Eur) hosts two scientific instruments: a visible-wavelength camera (VIS) and a near-infrared camera/spectrometer (NISP) to scan the deep space through a 1.2m diameter telescope. OHB Italia has developed the extremely sophisticated ELECTRONIC UNITS which are the interfaces of the main instruments and represent the “BRAIN” of the system. The attached picture (a courtesy of Airbus Defence and Space) shows the three units, realized by OHB Italia for ASI with the support of INAF/INFN, as they are integrated in the satellite to be launched next year.
In the EUCLID Consortium, led by TAS and Airbus Defence and Space, are involved more than 300 Italian scientists ready to discover the unrevealed energy that is controlling the universe since the beginning of its creation.

Your ticket for the: THE “BRAIN” OF EUCLID BEING INTEGRATED ON THE SATELLITE

THE “BRAIN” OF EUCLID BEING INTEGRATED ON THE SATELLITE