The LARES2 System, developed by OHB Italia under the ASI (Italian Space Agency) flag, will be the payload of VEGA C launcher qualification flight scheduled within the end of the current year 2021.

The most important part of the payload is the LAser RElativity Satellite 2, known as LARES2, a passive satellite, composed of a high density nickel alloy sphere of 424 mm (diameter) and weighing about 300 kg, on which 303 retroreflectors are installed. It will be placed in orbit at an altitude of about 6.000 km.

The main purpose of the satellite is to allow the measurement of an orbital disturbance, predicted by general relativity theory, called “Frame-Dragging” or “Lense Thirring” effect, which foresees that a spinning massive body, like a planet, exert a drag on the spacetime, modifying its satellite orbits.

The orbital position of LARES2 will be tracked by laser pulses emitted from ground stations. They will hit the satellite and consequently the retroreflectors will send the signal back, allowing the station to measure the exact position.

A fundamental element of the LARES 2 System is the retaining mechanism assembly that keeps the spheric satellite locked during launch and releases it once it has arrived in orbit. This is a complex and non-conventional device clamping the 300 kg satellite when subjected to the high launch accelerations, without using standard fixation elements, as bolted junctions.

But how could it be possible and why? First: different mechanisms applying a preload directly on the spherical surface will keep the satellite in position for all the flight duration. Once the release signal is provided, these mechanisms retract from the satellite surface and inject the satellite in the final orbit. Second: the reason why is simple. This special retaining mechanism is used not to damage the perfect spherical shape.

Finally, four cubesats dispensers and sensors consisting of microphones, accelerometers and a camera will also be installed on the system at the launch base, before system encapsulation in the launcher’s fairing. During the flight, the sensors will measure the environment to which the system is subjected and will provide useful data for the qualification of the launcher, while the camera will record the releases of all payloads when the final orbit is reached.

LARES2, we are looking forward to seeing in orbit you very soon! 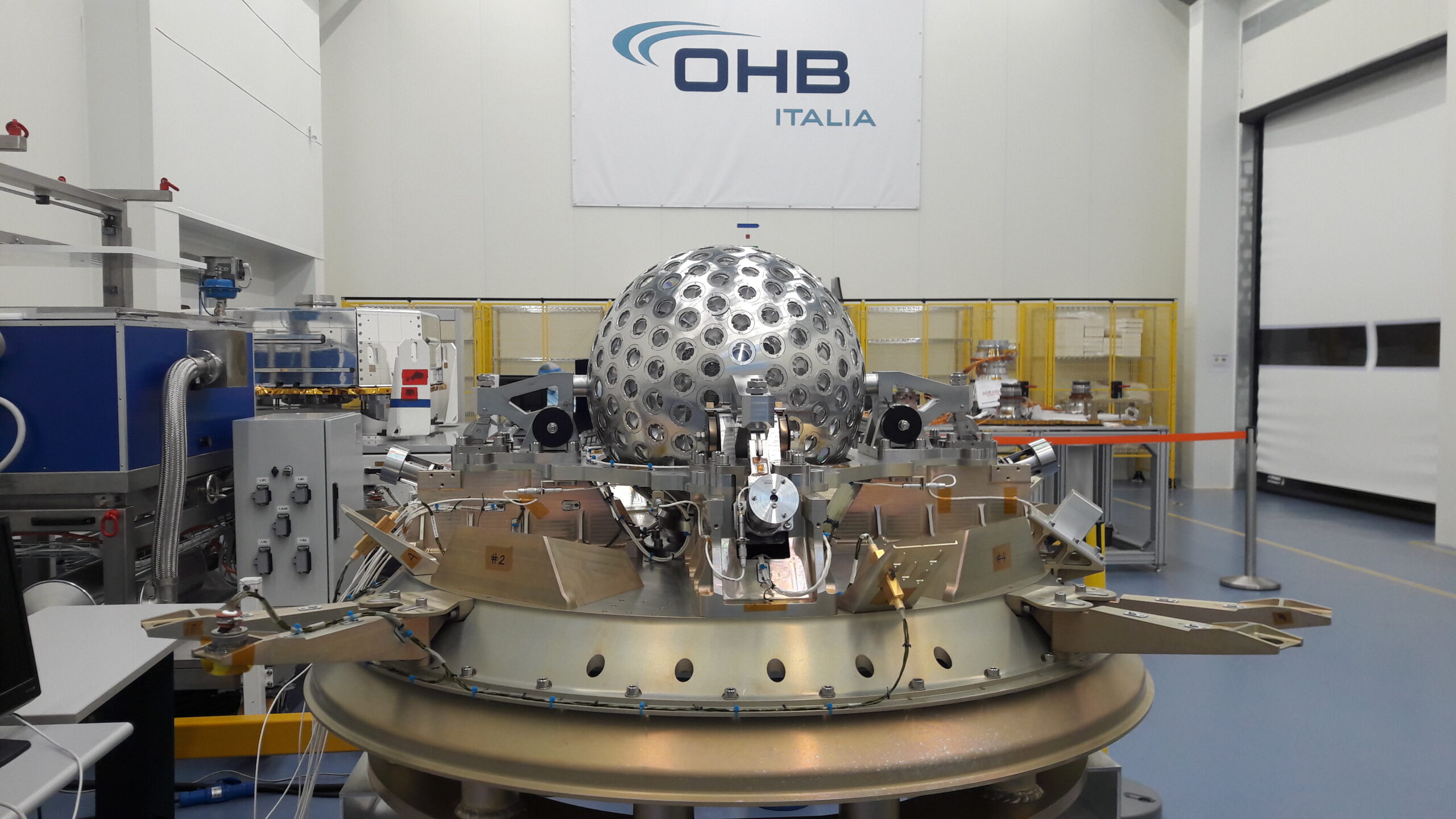 Your ticket for the: LARES2: the massive “ball” to further verify Einstein’s Relativity Theory