#IXPE IS READY TO BEGIN “SPYING” THE #UNIVERSE 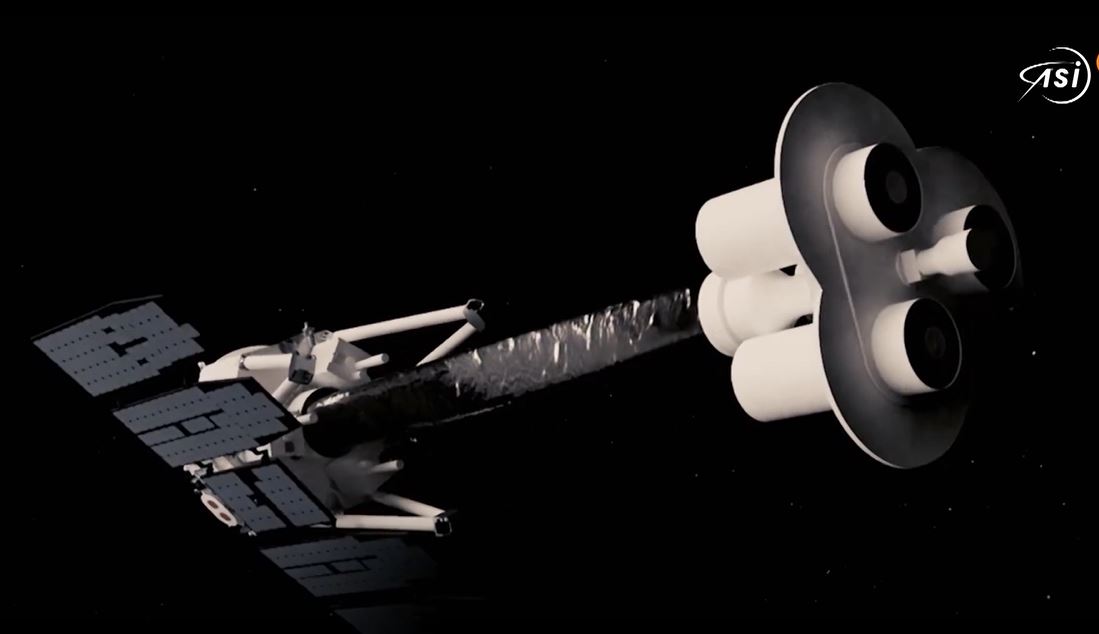 The NASA control centre in Colorado (USA) stated that IXPE, now powered and configured, is ready to start its mission: the observation of the light polarization coming from the most enigmatic “universe residents” such as black holes and neutron stars.
All the equipment of the new X-ray NASA’s space telescope, developed with a strong Italian contribution coordinated and funded by ASI – Agenzia Spaziale Italiana, were checked and verified to become operational for the scientific phase.

The units supplied by OHB Italia, the Detector Unit Electronics (BEE), the so-called Filter and Calibration Wheel Mechanism and the Detector Service Unit (DSU), have demonstrated to perform correctly with nominal values throughout the commissioning phase.
There have been several interactions between INAF/INFN (head of commissioning) and OHB Italia to evaluate the data received from deep space and to provide support to final instrument configuration.

X-rays are difficult to intercept because they can be studied in detail only from space due to the Earth Atmosphere blocking process. That’s why IXPE is so “precious”. Looking at the universe through the polarization of the light and its wave oscillations will reveal to space science how X-rays are made, what type of matter they travelled through and helpful information on the orientation of incoming electric and magnetic fields.

X-ray astronomy, thanks to the three telescopes of IXPE and their observations will take a decisive and strong step forward to cosmos’ knowledge.

Your ticket for the: #IXPE IS READY TO BEGIN “SPYING” THE #UNIVERSE

#IXPE IS READY TO BEGIN “SPYING” THE #UNIVERSE