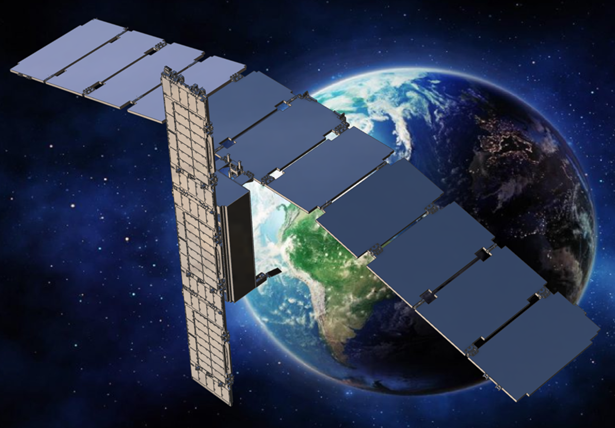 The Italian Space Agency has recently started a program aimed at placing Italy in a condition of consolidated leadership in the #CubeSat sector, to be achieved with appropriate investments of value, wisely distributed between missions, and the development of a national technological roadmap. In regard to a dedicated mission call for tenders, a significant response from the Italian space community has been received, with tens of submitted proposals and a very diversified spectrum of topics. In this framework, the #SATURN (Synthetic AperTure radar cUbesat foRmation flyiNg) proposal by #OHBItalia S.p.A. has been funded and is now ongoing the phase A.
The main objective of the SATURN mission is to demonstrate the key technology “Cooperative Multiple-Input-Multiple-Output ( #MIMO) #Swarms of #SAR CubeSats” for innovative, low cost, and versatile #EarthObservation capabilities. As a first step, SATURN would demonstrate the key technology with a #train of 3, 16U-CubeSats equipped with a miniaturized SAR Instruments, before scaling up the system to full performance capability. The demonstrative swarm with 3 CubeSats will achieve an imaging resolution of 5×5 m with a swath of 30 km.
SATURN aims at becoming the first-ever Space SAR MIMO mission, introducing a new paradigm in SAR Earth Observation. Leveraging on the MIMO concept, SATURN allows low-cost, scalable SAR missions for a quick approach to Space for private and public entities. It also allows the distribution of the key resources, normally concentrated in a single (large and complex) satellite, among small-sized and simpler systems, thanks to the proper combination of the #signals from every single #node of the swarm, that is the basic element of a distributed and reconfigurable SAR antenna. Moreover, the swarm configuration allows overcoming the single point of failure of one single large satellite.
Future SATURN-like missions, deployed in different swarm configurations from 3 up to 36 CubeSats, are expected to bring #technologicalbreakthroughs and enhance the Italian competitiveness in the European and global Earth Observation scenario providing #lowcostservices. At the same time, #smallerswarms will be interesting for European and Extra-European civil and military organizations, to have an economically viable and scalable space SAR asset. The developed SAR payloads could also become the first SAR #COTS for CubeSats.
www.ohb-italia.it