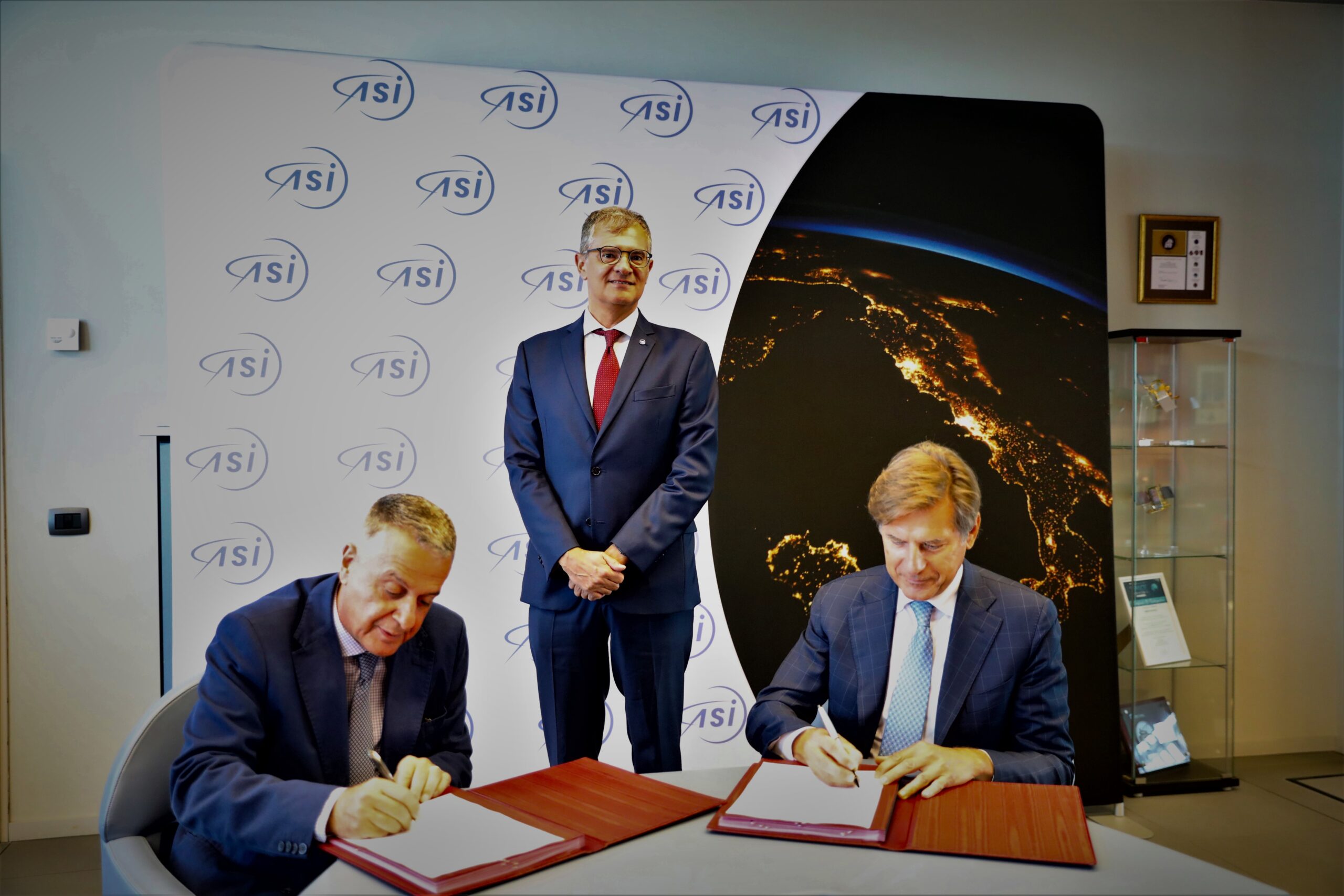 Four telescopes, financed in record-time through PNRR funds by the Italian Space Agency, will be the new space sentinels with all-Italian technology that will survey the sky for space debris

The Flyeye is a newly, all-Italian Telescope able to observe large areas of the visible sky at every exposure, mitigating the risk of out-of-control space debris. The telescopes will be installed in different geographical locations around the globe, in both the Northern and Southern hemispheres, allowing the reduction of collision risks among space assets and other operational spacecrafts or space debris.

The first Flyeye will be fully funded by ASI within the “Piano Triennale di Attività” (PTA), the remaining three Telescopes are financed through the PNRR (Piano Nazionale Ripresa e Resilienza). Considering the complexity of the activities, the contract awarding procedure was completed in a very short time, less than three months, demonstrating and confirming ASI intention to allocate the funds as forecasted in the Next Generation EU plan.

“Italy in space sector has once again proved to be at the forefront in the planetary defence. With the signature of this first contract – stated the President of the Italian Space Agency, Giorgio Saccoccia – The Italian Space Agency is allocating the managed PNRR space funds to industry in advance of the time schedule. My compliments to the technical and administrative offices of ASI, which have demonstrated great efficiency in finalizing a highly complex contract in a very short time, less than three months. The goal for ASI is to proceed with the whole PNRR activities by the end of the year, earning a large margin with the commitments made with the European Union.”

“The deployment of a Flyeye network will allow OHB Italia and Italy to be world leaders in optical observation for Space Surveillance & Tracking. It is essential to guarantee a safer and more secure orbital environment – declared Roberto Aceti, Managing Director of OHB Italia – Today, space debris is one of the principal threats to satellites. Our satellite-based infrastructure is essential for the security of space assets providing services on which all of us rely in our daily lives, from meteorology and communications to global transport of goods and passengers. It is estimated that there are more than 750,000 debris objects larger than 1 cm in Earth orbit, any of which can damage operational satellites. Given this, anyone can appreciate the remarkable importance of FLYEYE Network ground-based Telescopes.”

Each Flyeye telescope has a field of view of 45 square degrees and is equipped with 16 separate optical chambers mimicking the complex structure of a fly’s compound eye. The Telescopes have high dynamics with repositioning speed of only +/- 5s and show a pointing accuracy of 10arcsec.

Our SST instruments are capable of tracking space debris in HLEO (High “Low Earth Orbit” between 1,000 and 2,000 km) and in the MEO (“Medium Earth Orbit” between 2,000 and about 34,000 km) by providing the basic data and trajectories to identify potential hazards to orbital infrastructure and to manage any anti-collision maneuvers.

The Network of Flyeye Telescopes will be supplied with sophisticated software that will allow them to operate in synergy automatically and will enable the creation of a catalogue that can track all orbiting objects, above a certain size threshold, in the HLEO/MEO orbital belt.

Your ticket for the: A BRAND NEW NETWORK OF FLYEYE TELESCOPES FOR THE PROTECTION OF THE SPACE ENVIRONMENT