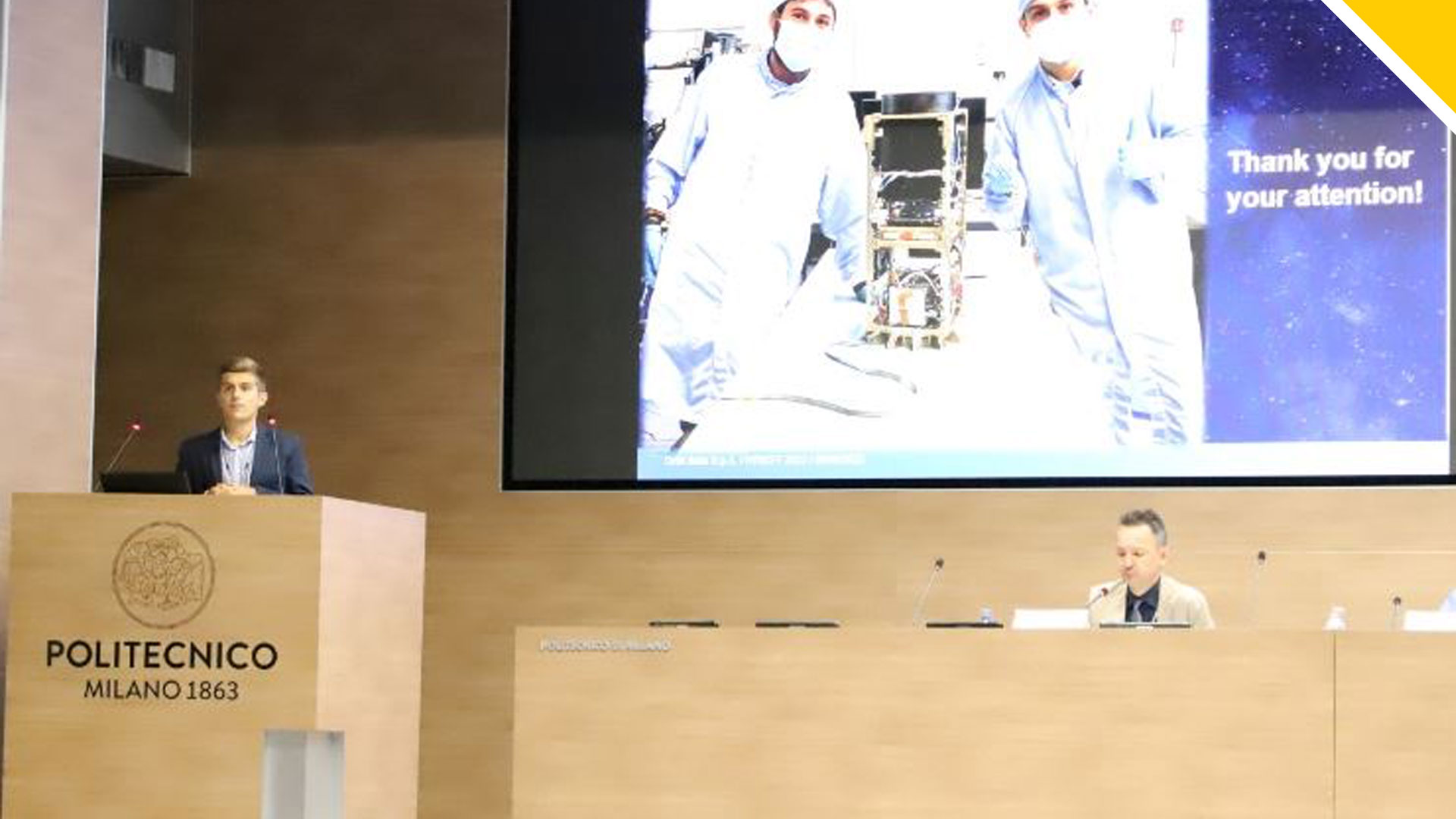 1. “Constrained low thrust orbital maneuvers by hybrid direct/indirect optimization methods”
The goal was to introduce and emphasize the advantages of using optimization in calculation processes, which are often constrained by physical and/or design limitations. An innovative approach was analyzed which combined the advantages of indirect and direct numerical methods for rapid convergence to results. The proposed tools were adopted to assist the propulsive phases of an electrically propelled satellite in LEO orbit, for station keeping and orbit correction simulations. Finally, an overview was given of the tools’ implementation and how the results confirmed the expected advantages.

2. “A microsatellites constellation designed to provide worldwide coverage and high revisit time with challenging performance”
The paper presented a microsatellite constellation design (20U standard CubeSat, weight 25kg) whose main objective is to guarantee a 30-minute revisit time over the entire sunlit portion of the Earth’s surface. The constellation’s ultimate goal is to provide a Near Real Time service to users interested in monitoring phenomena of short duration and rapid evolution, while keeping overall system implementation costs and deployment time low. The microsatellite, which will be based on OHB Italia’s standard M3 bus (Multi-Mission Microsatellite Platform), will be equipped in this configuration with an optical payload developed by OHB-Italia able to acquire and download at least 100 images per day with a resolution of less than 2m in the visible spectrum and an AIS receiver as auxiliary payload.

It was a very successful #workshop that gave the opportunity to build new professional contacts and strengthen those already existing. “Events like IWSCFF are always opportunities for personal and corporate #growth” – stated Angelo Vallerani, Communication Director at OHB Italia.

Your ticket for the: TREND-SETTING ABSTRACTS FROM #OHBITALIA AT #IWSCFF