#PRISMA AND THE HYPERSPECTRAL MIRAGE 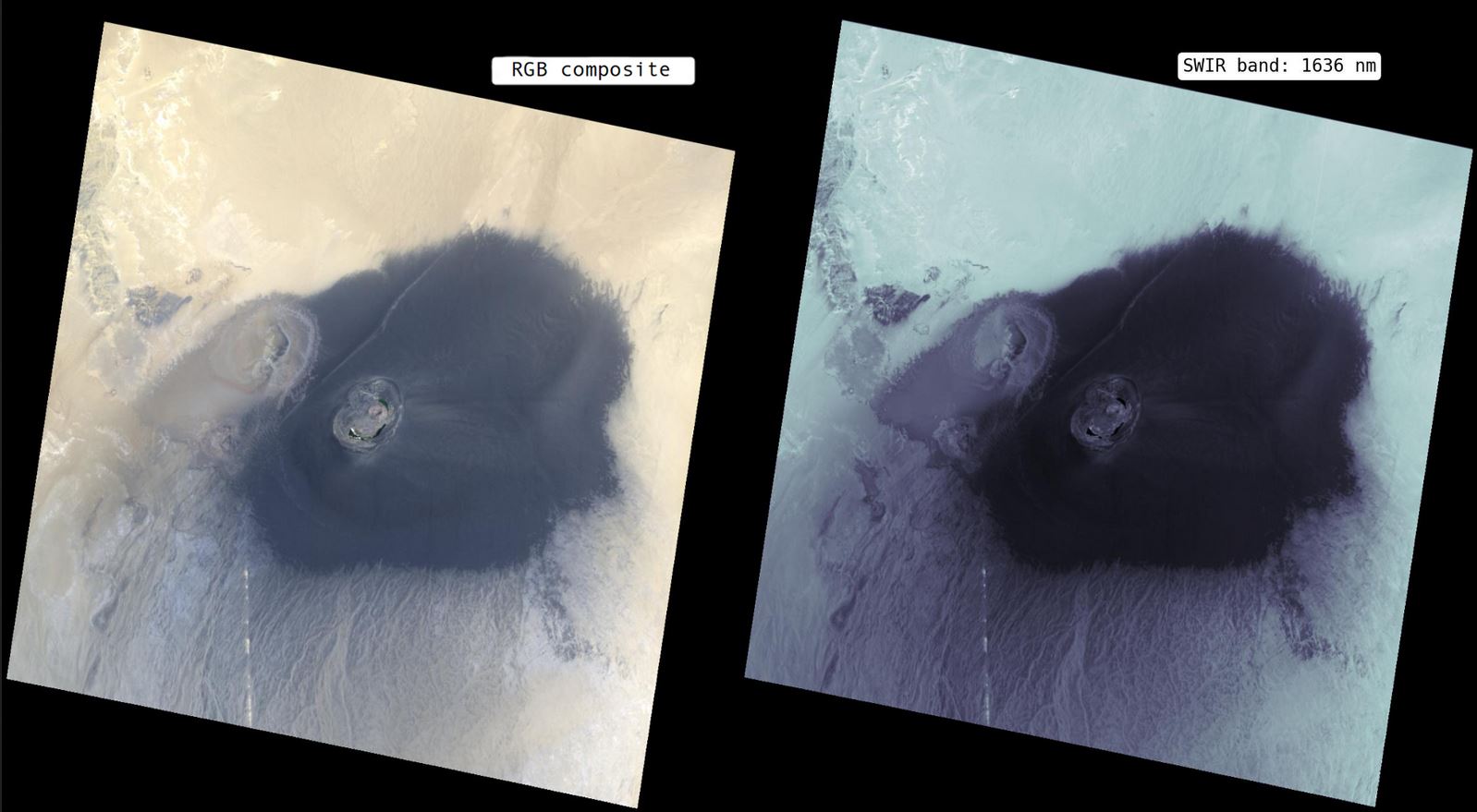 The following images acquired by the hyperspectral satellite PRISMA, realized for ASI – Agenzia Spaziale Italiana by a consortium lead by #OHBItalia S.p.A. as #PrimeContractor, show the volcano and oasis of Waw an Namous, in the region of Fezzan, Libya.

The #caldera and the surrounding area, which were formed in relatively recent times, are characterized by a much darker colour than the Sahara sand, as evident in the #false-colour (RGB) image on the left and in an #infraredband on the right. It really seems a mirage.

The caldera has several lakes of both fresh and salt water, and thus provides sustenance for vegetation, insects and birds, including migratory species. Since the scarce precipitation in the area, it is believed that these lakes are fed by underground springs.

Your ticket for the: #PRISMA AND THE HYPERSPECTRAL MIRAGE

#PRISMA AND THE HYPERSPECTRAL MIRAGE