LARES2 AND THE ITALIAN SCIENCE IN ORBIT 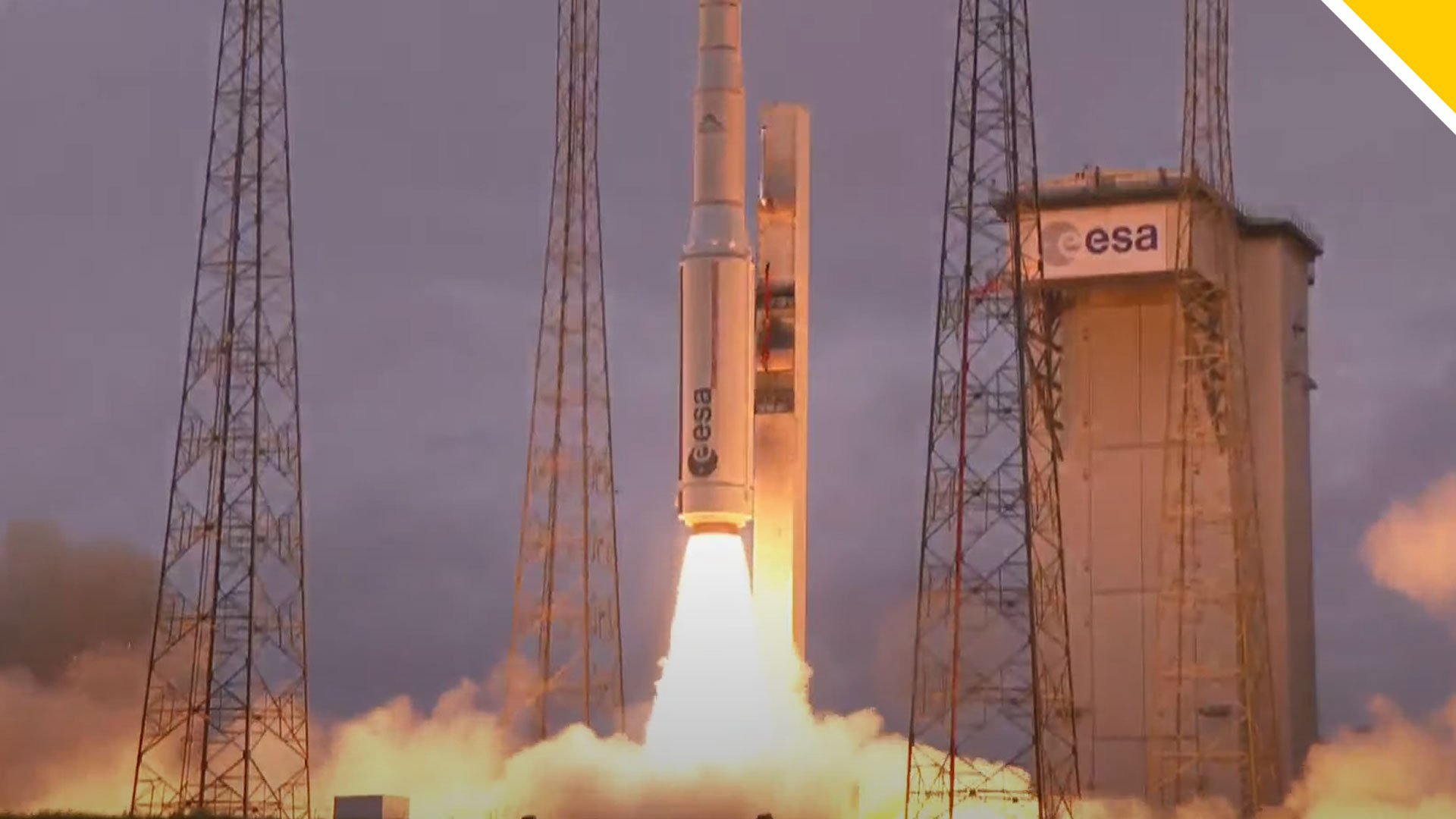 Milan, 13.07.2022 – The LARES2 (LAser RElativity Satellite 2) System, developed by OHB Italia, under the flag and the coordination of ASI-Agenzia Spaziale Italiana, was launched today at 03.13 p.m. (CET time) from the European Spaceport in Kourou, French Guyana. It is the first passenger on the new ESA launcher VEGA C built by AVIO, on its maiden flight. After ten years from the launch of the first LARES, the same winning team has well performed again.
LARES2 is the main scientific payload, for which OHB Italia built the platform system and the release mechanisms that keep the LARES2 satellite locked in place during launch and releases it once in orbit. Scope of the mission is to measure the Frame-Dragging effect, a distortion of space-time caused by the rotation of a massive body such as the Earth, as predicted by the General Relativity Theory.

The spherical passive satellite is made of high-density nickel alloy (424 mm in diameter and 300 kg in mass), on which 303 CCR retroreflectors have been installed, making it a perfect reflecting target for the ILRS (International Laser Ranging Service). Thanks to the laser measurements, the satellite orbit will be tracked with great accuracy and will consent to verify certain relativistic laws theoretically predicted by Einstein, but also to perform measurements in the field of space geodesy.

On board of the LARES2 platform there are six CubeSats, three of which are Italian: AstroBio, Greencube and ALPHA that will help to understand phenomena such as the aurora borealis australis.
The other three microsats, Trisat-R (Slovenia), MTCube-2 (France) and Celesta (France) will study the effects of the space environment on the performance of electronic systems.
“The LARES 2 satellite is the second passive satellite in the LARES ‘series’ “ – declared Roberto Aceti, Managing Director of OHB Italia – “Our company is very honored to have taken part in this important mission thanks to the design and the realisation of a highly sophisticated system and to collaborate with the scientific team of the Fermi Centre, La Sapienza University of Rome and INFN-Istituto Nazionale Fisica Nucleare.”

About OHB Italia:
OHB Italia S.p.A. is part of the European Space and Technology Group OHB SE (Orbitale Hochtechnologie Bremen), listed on the Frankfurt Stock Exchange.
It is one of the three top space companies in Europe with 3.000 employees worldwide and total revenues for EUR 917 Mio. in 2021.
OHB Italia S.p.A. was founded in 1981, nowadays In Italy it is one of the two major satellite system integrators with more than EUR 98 Mio. backlog and EUR 87 Mio. revenues in 2021.
It is a recognized national leader in the fields of Satellite&Missions, Earth Observation, Space Situational Awareness, Electronics&Mechanisms, Scientific&Planetary Instruments, with headquarters and Clean Room facilities (850 sqm) in Milan and offices in Rome and Benevento. OHB Italia S.p.A. provides innovative solutions combined with development / integration of complex equipment and a strong focus on customer satisfaction. The company employs 210 people between staff and collaborators, with a high percentage of graduates (78,5%) whose degrees are mainly in Aerospace Engineering, Math, Physics, Electronic Engineering and IT.

OHB Italia S.p.A. is Prime Contractor for important missions of Italian Space Agency (ASI) and European Space Agency (ESA), which are the main customers together with Research Institutes, Universities and all the industrial key players in the space market, with special attention to export domain.

Your ticket for the: LARES2 AND THE ITALIAN SCIENCE IN ORBIT

LARES2 AND THE ITALIAN SCIENCE IN ORBIT