Here below in the picture the final LARES2 separation… 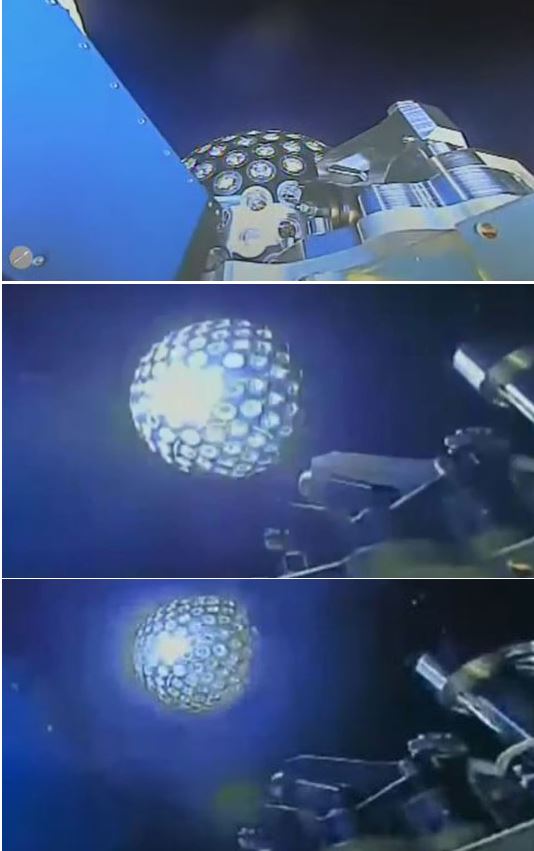 Here below in the picture the final LARES2 separation from the dispenser, an unforgettable emotion for everybody at #OHBItalia.

The LARES2 system (LAser RElativity Satellite 2), developed by OHB Italia, under the flag and coordination of the #ASI-Italian Space Agency, is the second satellite in the LARES ‘series’, realized for the precise measurements of the #drageffect of inertial systems (frame-dragging), generated by mass-energy currents such as the rotation of a body with mass, predicted by the #GeneralRelativity theory as well as to detect the Earth’s gravitomagnetic field with a precision never obtained before.

This unprecedent level of accuracy will be crucial for improving the limits of certain fundamental physics concepts e.g., string theory, and for the modelling of the orbital effects generated by the collision of rotating black holes. Moreover, the LARES 2 mission will also enable new fundamental physics experiments and provide important information in the field of space #geodesy and #geodynamics.

LARES 2, similar to its precursor LARES, is a passive spherical satellite made from a single block of high-density #nickel alloy with a diameter of around 42 cm and a mass of around 300 kg. The satellite was designed to reduce the surface-to-mass ratio as much as possible in order to minimize the effects of radiation pressure, atmospheric resistance and to reduce perturbations due to thermal anisotropy effects on the satellite.

The LARES 2 satellite has an homogeneous distribution of 303 #retroreflectors, whose function is to reflect the #laserpulses sent by the various stations belonging to the International Laser Ranging Service (IRLS), consenting to measure the position of the satellite with an accuracy of less than a centimeter and to reconstruct exactly its orbit.

Farewell LARES2, have a good a successful #trip!

Your ticket for the: Here below in the picture the final LARES2 separation…

Here below in the picture the final LARES2 separation…