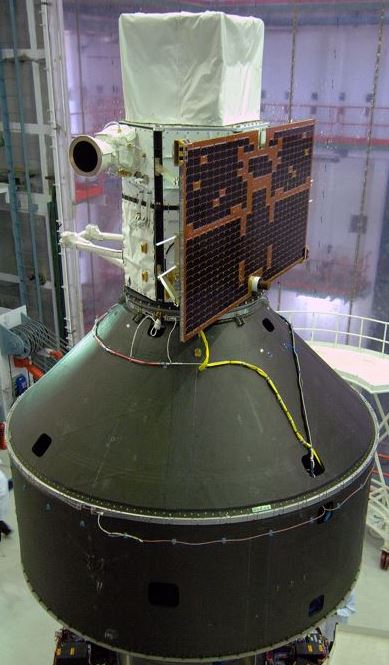 It has travelled for over 12 billion years and arrived on the Earth at the beginning of 2022: a great way for greeting the New Year.

It was one of the most powerful and longest Gamma-Ray Burst ever recorded. The event was showing a frequency redshift, meaning that those photons came from an object over 12 billion light years away from us, in a very young universe dating only 1.3 billion years old.

But what is exactly a GRB?
GRB is an elusive space event, whose celestial position cannot be predicted in advance. It appears as a sudden flow of very high-energy particles lasting tens of seconds. It is the most powerful phenomena in the universe, capable of reaching millions of times the luminosity of our entire galaxy.

At the time it occurred the #AGILE satellite was pointing exactly in the direction of the GRB, allowing full detection on board.
AGILE is a highly performing satellite devoted to the detection of gamma rays. It is entirely made in Italy and it is active since 2007. It was developed by #OHBItalia (as Prime Contractor) for ASI-Agenzia Spaziale Italiana with the collaboration of INAF and INFN. It is equipped with several instruments, operating at different wavelengths and is therefore able to provide a spectral overview of high-energy events. That’s why AGILE was able to detect such as exceptional event.

It was a very long GRB and despite the enormous distance the flux of gamma rays has survived. The great duration is due to the large distance at which it took place. The effect was ‘stretching’ its time-length and making it appear longer, in accordance with the cosmological time dilation expected from the expanding universe model.
www.ohb-italia.it
#GammaRayBurst #gammarays #energy #photons #highenergy #pegasus #andromeda #luminosity

Your ticket for the: “GUINNESS WORLD RECORD”…