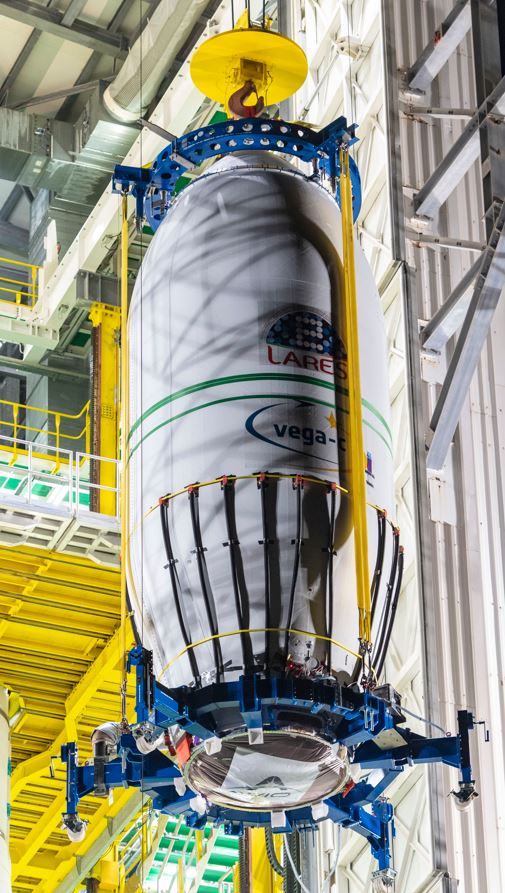 The #Launch of LARES2 is scheduled for the morning of 13th July at 13:13CET from the European Spaceport of #Kourou in French Guiana.

It is the main scientific #payload of the VEGA C Maiden Flight for which, under coordination of #ASI-Agenzia Spaziale Italiana, #OHBItalia built the LARES2 platform system and the release mechanisms. Scope of the #mission is to measure with even greater accuracy the Frame-Dragging effect, a distortion of space-time caused by the rotation of a massive body such as the Earth, as predicted by #Einstein‘s Theory of General Relativity.

The LARES2 system follows in orbit the #LARES System, also developed for ASI by OHB Italia, launched exactly 10 years ago with the VEGA maiden flight and still operational today. On board of the LARES2 platform there are six #CubeSats, three of which are Italian: AstroBio, Greencube and ALPHA (that will help to understand phenomena such as the aurora borealis australis).
The other three MiniSats, Trisat-R (Slovenia), MTCube-2 (France) and Celesta (France) will study the effects of the space environment on the functioning of electronic systems.

Your ticket for the: 2 DAYS TO GO: #LARES2 READY FOR THE VEGA C MAIDEN FLIGHT